Cuba in the Southwest: The Art of Leandro Soto


Leandro Soto was one of the first prominent artists of his generation to address fundamental issues regarding Cubanidad or Cubanness, inter-culturation, and transculturation through an exploration of Afro-Cuban cultural forms and practices that directly reflect his own heritage. Soto was Cuba's first performance artist and one of the first to create installations and what he refers to as installation environments. He was also a participant in the groundbreaking exhibition Volumen Uno (1981); and is the primary curator of CAFÉ: The Journeys of Writers and Artists of the Cuban Diaspora.


Soto left Cuba at the age of thirty-three and has resided for significant periods of time in Mexico, Spain, Miami, Massachusetts, Upstate New York, Phoenix, India, and more recently Barbados. His work in visual theatre, performance, set design, and artwork freely aligns African and Afro-Cuban religious symbols with a score of newly acquired elements that reflect the various cultures and artistic traditions in which he has taken root in exile. Rather than focusing upon difference, Soto, like many of the artists in CAFÉ, stresses the points of connection he has discovered during his sojourn outside of Cuba. 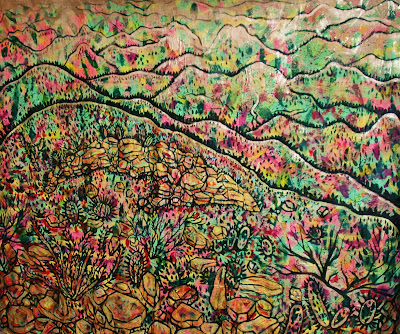 Commenting upon his residency in the Southwest from 2002 to 2009, Soto observes, "Cuba is geographically opposite to what we have...in Arizona--[the island] is green and surrounded by water. Being in Cuba is the opposite of being in the desert. Yet...I was absolutely connected in Arizona...I found the island in the desert." Leandro Soto is constantly incorporating new elements into his art and re-contextualizing his work according to where he is at any given time. The distinctive form of cultural eclecticism that emerges in his art is, according to Soto and other Cafeteros, fundamentally Cuban.

I work with the complexity of being Cuban, a cultural heritage that is composed of diverse cultural presences...In my view, that which is apparently dispersed or diffused is also linked to the magical...I hold a vision of the world [in which] reality is conceived as a tapestry of transpersonal energies. My work is a constant exploration of aesthetics and cultural systems of representation, which have largely determined what it means to be Caribbean. 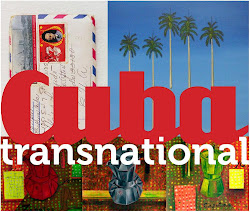